Game On! Highlights from ChannelCon Day 2

Day two of ChannelCon featured four educational tracks as well as the State of the Industry General Session featuring CompTIA President and CEO Todd Thibodeaux and Nancy Hammervik, executive vice president, Industry Relations, CompTIA, followed by Eric O’Neill’s gripping keynote. The day's events wrapped up with the annual networking party. Read on to get a taste of everything that happened on Tuesday.

ChannelCon's General Session opened with a video featuring Todd Thibodeaux, CompTIA president and CEO, traveling from Downers Grove, Illinois to Las Vegas. Following the video, Thibodeaux addressed the attendees on the State of the Industry.

“We’re in a period where hardware is going to be eating the world over the next 10 years,” said Thibodeaux. “Never before have we had this many paradigm-changing technologies hitting the industry at the same time.”

To take on these big changes, CompTIA is doubling down on communities and councils, expanding its reach to a larger swath of the business of technology, and launching a new framework to normalize new technologies for people called The Future of Tech. “The idea is you could point anybody to this and they could have a good conversational knowledge of these technologies,” Thibodeaux said.

“Hacking is nothing more than the necessary evolution of espionage,” said Eric O’Neill, author of Gray Day and a former FBI ghost agent credited with catching Robert Hanssen, America’s first and most notorious cyber spy. In his riveting keynote at ChannelCon Tuesday, O’Neill laid out his complicated mission to identify and capture Hanssen and used the talk to illustrate the evolution of spies into cyber criminals.

“There are no hackers, there are only spies,” he said. Previously, spies used to use paper, floppy disks and cassette tapes to share stolen information; now they use computers instead. “Just plain defense doesn’t work anymore. We have to go on the offense.”

The life blood of technology businesses revolves around two factors: generating an ever-increasing stream of recurring revenue and landing new clients to strengthen that cash flow equation. When properly designed and effectively supported, vertical market specializations increase the opportunities for succeeding in both areas. What’s the best way for tech firms to maximize their growth potential and target new clients?

“There is a real opportunity for MSPs to plug in more advanced services and be a resource to their clients,” emphasized Marc Haskelson, president/CEO, Compliancy Group, LLC, a member of the CompTIA Business Applications Advisory Council and panelist at New Revenue Opportunities: Top Solutions and Verticals for SaaS Applications. During the interactive session, the group shared valuable industry insight and best practices, and introduced their latest collaborative resources to assist providers in their market expansion efforts.

If you think California’s new consumer data protection law doesn’t apply to you, you’d better think again says global security evangelist Tony Anscombe, taking a deep dive into the California Consumer Privacy Act (CCPA) with CompTIA’s IT Security Community. Companies that deal in the personal information of even 140 Californians a day need to put in “reasonable security proceeds and practices” like endpoint protection, two-factor authentication and awareness training by January 2020 or face big financial consequences. “If you’ve got data of 400,000 Californians – and it’s not impossible to think of a business that has that much data sitting there – at $100 each, that’s $40 million dollars,” Anscombe said.

At first glance, you wouldn’t think today’s IT Pro Track sessions would focus on cybersecurity, but that theme came through all day, making it clear that security is everyone’s responsibility. In the State of Tech Support, Juan Fernandez, vice president managed IT services for ImageNet Consulting, and Wes Bryan, edutainer for ITPro.TV, spoke at length about how today’s help desk plays a critical role in end-user security training. In his session on cloud computing and digital transformation, DuWayne Harrison, senior manager at Deloitte Consulting, touted security as a benefit of moving to cloud computing because it pushes a security-first mindset. And in the third session of the day, Bryan returned to compare the release cycles of four common operating systems and drove home the point that cybersecurity requires up-to-date systems.

“Regardless of the operating system, it does need to be patched, or it presents a vulnerability inside of your networks,” Bryan said.

Skepticism Could Be What's Next for Emerging Tech

Seth Robinson, senior director of technology analysis at CompTIA, moderated the State of Emerging Tech Trends session featuring a panel of three emerging technology experts, including Dave Sobel, senior director, MSP evangelism at SolarWinds; Madelaine Martin, head of growth and education, Smith.ai; and Rob Rae, vice president of business development, Datto. The lively conversation covered multiple topics including why it’s important to focus on emerging technology, whether or not it’s critical to be a first-mover with new technologies and what the next “big thing” will be.

"The next big thing will be a healthy dose of skepticism—tech has been an amazing enabler and what we’re saying is let’s make sure we apply it right and give it extra thought,” said Sobel.

Day two ended at the annual ChannelCon party with food, drinks and games on the Bellagio's Grand Patio.

State of the Industry: A Technical Infrastructure Emerges

Shaquille O’Neal Talks Investing, Tech Trends and Why He’s Proud to be a Geek 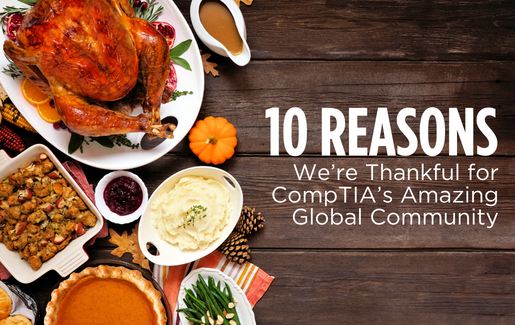 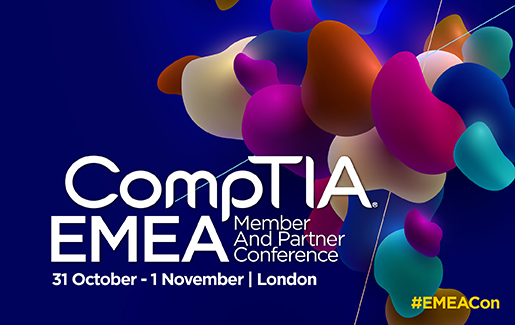 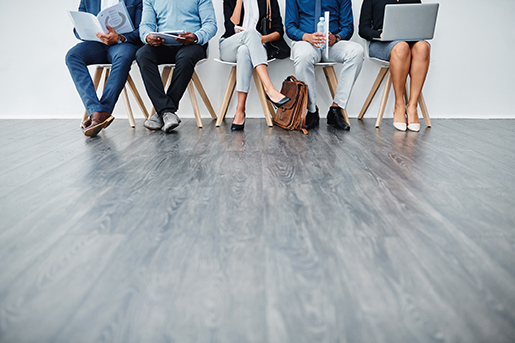