May 30, 2019 | By Natalie Hope McDonald
Companies like Microsoft, SAP and others are establishing innovative programs to communicate with and hire workers on the autism spectrum. This unique, untapped talent pool can provide many benefits to companies from candidates that were once overlooked. 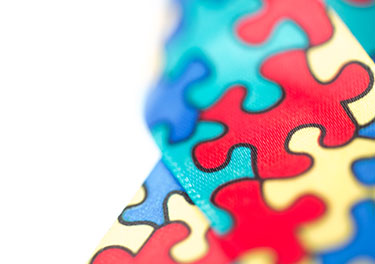 When Philip Jarvis was first hired by the Microsoft HoloLens team as a software engineer, he was already a self-described “Microsoft fanboy.” The Purdue University computer science grad had longed to work for the company ever since the first Windows phone was launched—and he told his soon-to-be bosses just that when he showed up at the Redmond, Washington, campus three years ago.

It would be easy to say the rest is history since Jarvis has been a model employee who has helped shape the company’s mixed-reality product development, but his story was a bit more complicated from the start. Up until that all-important interview, Jarvis had applied unsuccessfully several times to work at Microsoft through campus recruiters and online job listings. He’d even had a few job interviews, but they didn’t go well, not because Jarvis lacked the necessary skills, but because he has Asperger’s syndrome, a disorder that can make him a lot more socially anxious than peers applying for the same position.

What made the last interview so different wasn’t something Jarvis did or didn’t do; it was how Microsoft changed the way it communicates with applicants on the autism spectrum. Instead of Jarvis’ unique skills being a stumbling block toward getting his dream job, they became an asset thanks to a hiring program that seeks out engineers and other tech employees just like him. What essentially began as a pilot program in Washington now attracts top talent from around the country, according to Neil Barnett, director of inclusive hiring and accessibility at Microsoft.

Employees like Jarvis have found a lot of success at Microsoft, Barnett said. In fact, when the company first launched its autism-hiring program in 2015, the goal was to work with potential employees in new and different ways that would ultimately help explore the potential of this unique and, frankly, untapped talent pool.

“When we started the program, our approach was simple,” Barnett said. “We learned that our traditional hiring process, the front door to Microsoft, could be a major barrier of entry for many talented candidates.”

The company sought to change the process by making it easier for people on the autism spectrum to apply for jobs in a way that best communicated their goals and talents. Often this has meant conducting multiple interviews in stages with more hands-on demonstrations. And while it has required Microsoft to rethink its hiring style, Barnett says there’s a very good reason for doing it, namely the staggering 80 percent of people with autism in the U.S. who are either unemployed or underemployed.

Here’s How it Works

When a new employee joins the Microsoft program, he or she is immersed in an onboarding process with a comprehensive set of services to support the transition into the company. “This includes training sessions for the teams and managers of the new employees to help them better understand autism,” explained Barnett, “as well as a job coach from a nonprofit that supports people with disabilities to fulfill their life choices.”

The end goal is ultimately about rethinking the way people communicate with one another. “By adjusting the shape of the door,” Barnett said, “we could help candidates showcase and demonstrate their talent to hiring managers. We created a cohort model where we invite candidates to come to our campus and participate in a skills assessment program, gain feedback via mock interviews and meet with hiring managers.”

Barnett says the new employees enhance the day-to-day work Microsoft is doing in a positive way by, in part, helping to strengthen the core diversity of employees overall. “We created the program because Microsoft, as well as the global workforce, is stronger when we have a diverse workforce that comprehensively represents those we serve,” he said.

Here’s Why It Works

People on the autism spectrum often desirable talents and skills that are underappreciated because they may not always have the means to showcase them in a way that is easily communicated in a traditional job interview. But by changing the way employees are considered for positions at a tech company, hiring managers are finding that people with autism can thrive in a range of roles, like software and service engineers, technical content writers, program managers, data scientists and analysts.

It’s a practice that other CompTIA members could also adopt and ultimately benefit from, said Yvette Steele, director of CompTIA’s Advancing Diversity in Technology community. “We applaud innovative programs like Microsoft’s for finding ways to be more inclusive and tapping into an underappreciated talent pool,” Steele said.

“Every person is different,” Barnett said, “but a few examples of these strengths include the amazing ability to retain information, to think at a very high level of detail and depth and/or excel in math or code.”

The program has been so successful, in fact, that Microsoft has been widely sharing its best practices with other organizations that are now creating and/or expanding similar programs intended to recruit people with autism. “We regularly work with other organizations like SAP, EY, J.P. Morgan, Chase and Ford,” said Barnett. Last year, Microsoft launched the Autism @ Work Employer Roundtable as a forum to share ideas. Started with just five companies, the program has already expanded to 15.

“Our North Star,” said Barnett, “is to change the unemployment rate for people with disabilities.”

Autism Speaks, an organization that serves the autism community through health and education initiatives, has been working with companies like Microsoft to rethink the way they hire employees on the spectrum. A key resource has been the Autism Empowerment Kit that teaches hiring managers how people with autism can flourish in corporate environments.

“When provided with meaningful opportunities to excel,” said a company spokesperson, “people with autism have regularly proven themselves to be dedicated, loyal, productive and focused employees. Traits such as intense attention to detail, affinity for repetitive tasks, and the ability to detect patterns and retain large amounts of information can enhance roles at companies that are otherwise difficult to fill.”

Autism Speaks says that people with autism can also benefit corporate culture in many ways, starting with increased productivity, lower employee turnover rates and lower costs overall, but they are often overlooked because the structure of job interviewing isn’t always conducive to what they do best.

For programs like these to work it’s important for companies to train managers and other employees about how best to communicate with people on the spectrum. For example, engaging in a more precise communication style, setting clear expectations, reducing ambiguity, providing consistent feedback and checking in frequently with an employee. “These improvements in the overall level of communications on a team can improve the workplace for all employees,” said the spokesperson.

Several other companies have similarly successful technology employment programs, including SAP’s Autism at Work, as well as efforts by companies including Specialisterne, UTLRA Testing and Autonomy Works to do more diverse and intuitive employment outreach. Learn more about how people with autism can choose the right career for them.

“With more than one billion people with disabilities around the world,” Barnett said, “it has never been more important to ensure that we reflect the diversity of our customers. We need a diverse workforce to build products and services that work for everyone.”

Diversity in all forms ultimately enriches the work Microsoft is doing to develop new technology, Barnett said. “This is essential to our long-term success,” he said. “In order to build the best products for everyone, we need to have a diverse and inclusive workforce across all abilities.”

Learn more about CompTIA’s Advancing Diversity in Technology community and how you can join the discussion.