How the Tech Industry Can Address Diversity, Equity and Inclusion Now

August 04, 2020 | By Louisa Fitzgerald
CompTIA CEO Todd Thibodeaux moderated a town hall discussion about diversity and inclusion in the tech industry during ChannelCon Online. Learn what the panel had to say about hiring practices that promote diversity, how to have hard conversations about social injustice, the role of the media and much more. 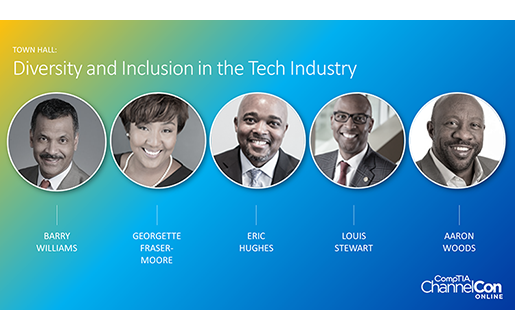 Issues surrounding social injustice have taken center stage in the U.S., and around the world. To highlight these topics and discuss how the tech industry can better address equity and inclusion, Todd Thibodeaux, CEO of CompTIA, kicked off ChannelCon Online 2020 with a Town Hall devoted to diversity. A panel of African American leaders in the tech industry—all current and former members of CompTIA’s Board of Directors—joined him for this critical conversation, providing nuanced perspectives about the state of diversity, actionable guidance, and ultimately, hope for real change.

Georgette Fraser-Moore, president and CEO, Transformation Lead LLC; Eric Hughes, partner, Agio Advisory; Louis Stewart, chief innovation officer, City of Sacramento; Barry Williams, executive director, indirect channel sales, Comcast Business; and Aaron Woods, customer success executive, CEX Services, shared their insight on a number of topics—from institutional change to having difficult conversations to the role of the media and how younger generations are part of the solution—before turning their attention to how the tech industry can better address diversity and inclusion. Here’s what the panelists had to say.

Listen to the full conversation now.

Beyond Diversity in Tech

According to Stewart, technology companies need to do more when it comes to hiring African Americans and other underrepresented groups into positions at all levels. Until now, efforts to diversify workforces have focused on numbers and percentages, but it's time for the tech industry to take the next step.

“Tech companies are going to go hire—make sure you’re not just going to your traditional known schools. Start going to some of the HBCs, start partnering with the United Negro College Fund, start doing different things that you wouldn’t ordinarily do because the people don’t look like you and you’re not familiar with those organizations. If tech companies really want to put good foot forward right now, that’s one of the things they can start looking at—look outside of their bubble,” said Stewart.

There are companies that are stepping up and making bigger commitments to diversity, including Apple, which recently launched a $100 million initiative to address equity and inclusion. These programs are important, but the panelists stressed that follow through is crucial if they are going to make a real difference.

“It can’t just be about the money. We’ve seen commitments before, but not seen anything come out of that,” said Woods. “All of these organizations need to make good on promises they’ve made previously.”

Fraser-Moore also noted that diversity in tech isn’t just about hiring individual employees, but also about working with diverse contractors and companies. Policies that government agencies have implemented during RFP processes are starting to make an impact.

“They want to see our equal business opportunity plan,” said Fraser-Moore. “We have to show the government that we have a plan to work with other minorities and diverse businesses.”

According to Fraser-Moore, government agencies want to make sure her company is diverse and is working with women and minority-owned businesses, and these policies are making a difference. “We have to show we have a diverse workforce. They’re asking specifically and letting us know we’re more likely to win their business if we can prove or document or show we’re a diverse company that wants to help include others around us. And that’s something different.”

Expanding the Pool of Candidates

Ultimately for companies, it comes down to profits, and having a diverse workforce is good business.

“There’s plenty of studies out there that show the more diverse your company is, the better the opportunity it has to be successful because you’re getting different ideas from different perspectives on how you can achieve your goals,” said Williams. “That kind of investment makes perfect sense.”

While it’s encouraging to see companies making commitments and spending money to create programs around equity and inclusiveness, employers must rethink hiring practices to avoid unconscious bias. With a tech industry that has consistently faced hiring shortages and skills gaps, it’s time to expand the pool of candidates who can fill positions and reconsider what qualifications are necessary.

“It’s fantastic to invest in communities. It’s fantastic to have partnerships with community-based organizations and non-profits and teach everybody how to code and program, but if it’s not leading to a job, it doesn’t matter. Ultimately, you can make all the pledges you want, but if you’re not hiring the folks you’re setting up programs for, you haven’t moved the needle at all,” said Stewart.

According to Thibodeaux, employers must get back to a mindset of nurturing employees instead of waiting to hire until someone is ticking every box on a job description. Requiring a college degree or other strict prerequisites can also shut out applicants who would otherwise be strong candidates.

Citing the IT-Ready program, Thibodeaux addressed taking the fear and risk out of hiring from new candidate pools by having more qualified systems in place.

“The only system that we have today is you have to go to college. There’s nothing in between where people can go and either redirect their career or begin their career in a program like IT-Ready. We need more systems, more ways to get those kinds of programs in place so we can have more opportunity for people… we need that on a massive scale and directed at particular communities,” continued Thibodeaux.

Beyond the tech industry and what companies can do to improve equity and diversity, the panelists discussed the need for difficult conversations in order to sustain momentum. For change to happen, it must be demanded by all groups—not just underrepresented and underserved communities. According to the panelists, grace, understanding and an open mind are key.

“These conversations and topics are hard, nuanced, and in the current climate, if you’re a white person, this can feel like a high-risk, low-reward conversation to wade into,” said Hughes. “To advance the conversation, we have to get to a place where not just black people are advocating for human rights. It has to be majority of society that says that’s not right. Give grace in the conversation.”

The panelists ended on a positive note, saying they are hopeful that in five years, real, lasting and meaningful change will have occurred as a result of the movement that is happening right now.

“I started out very skeptical because it hasn’t changed in last 40 years, but my children have given me hope. I used to think of it as the ‘what’s in it for me’ generation, but they also think of world around them. They are taking ownership. Have faith in this generation,” said Fraser-Moore.

Hughes agreed. "I’m inspired by what I’ve seen with the sustained protests throughout the country. The greatest opportunity is that we’ll make decisions collectively with new voices at the table. It’s odd to ask the victimized to solve the problem of being victimized. We need to bring folks together and stop being bystanders and have the courage to say this is wrong, we can’t let this happen.”

Watch the Town Hall: Diversity and Inclusion in the Tech Industry. 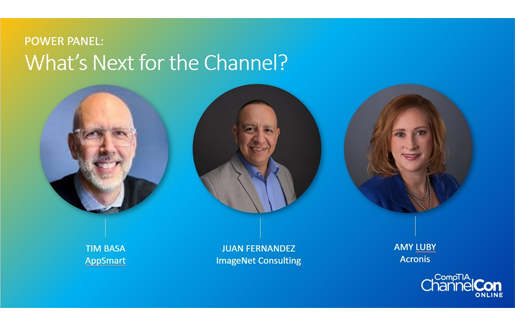 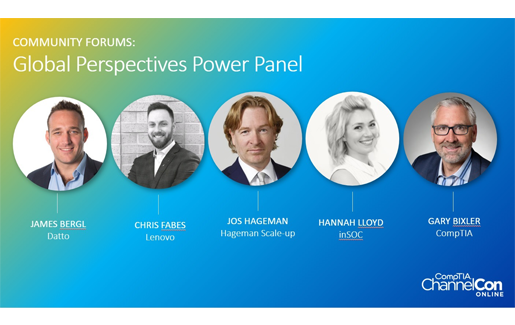 Global Perspective: Future is Bright for Tech Businesses After COVID-19 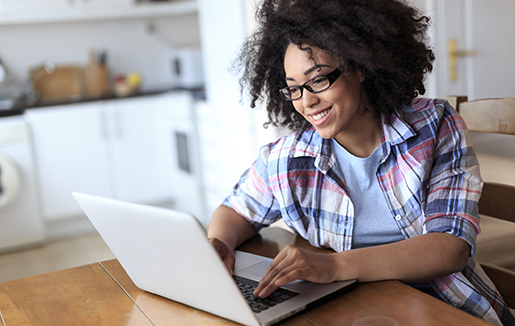 5 Steps to Build a Learning Culture for an Agile Tech Workforce 12.1.20 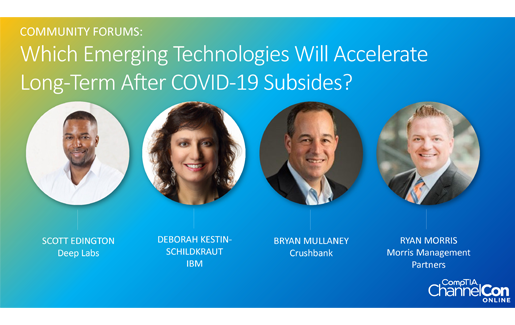 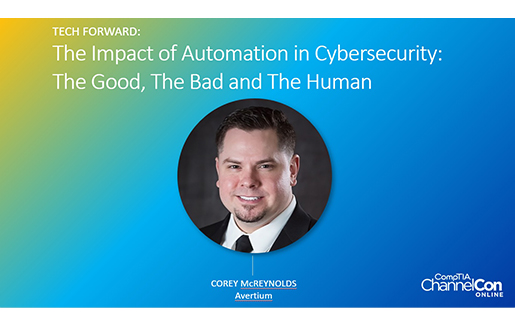 The Impact of Automation in Cybersecurity: The Good, the Bad and the Human 8.20.20