July 02, 2019 | By Matthew Stern
Stranger Things Season 3 is here! As you’re getting ready to binge watch, take a look at some of the technology that’s appeared in the last few episodes, and see what the show’s vision of early-’80s tech tells us about where we are now—and where we might be soon. 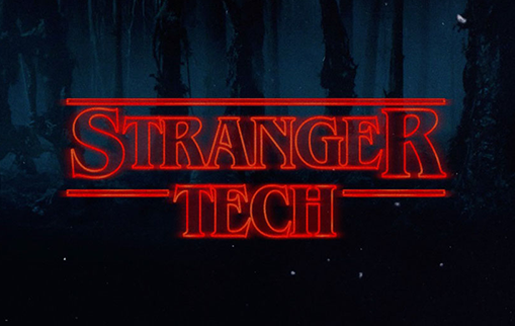 It’s been nearly two years since fans of the Netflix series "Stranger Things" last saw the extra-dimensionally vexed Will Byers, psychic wunderkind Eleven and the rest of the residents of Hawkins, Indiana. As much as the show’s popularity stems from its mashup of an X-Files-style paranormal investigation procedural and a tween/teen coming-of-age dramady, it also stands out as an early-1980s period piece. Fans have delighted in scrutinizing everything from the automobiles to the upholstery to see how the Duffer Brothers’ vision of Reagan-era living matches reality. One the most enthusiastically discussed features of the show is, naturally, the era-appropriate technology characters have on hand.

As you’re preparing to binge on season 3, which premieres July 4, here’s a rundown of some technologies displayed in the show so far, what they’ve evolved into and what they might look like in the future. Technology that was cutting-edge in the late-analog (or early-digital) age may seem old-fashioned, but taking a closer look can help us recognize that there’s still plenty to appreciate beyond nostalgia in "Stranger Things."

In the Show: The handheld two-way radios that the kids use to stay in close contact on the hunt for Will during his initial disappearance are one of "Stranger Things'" most discussed pieces of technology. Reddit is full of threads about whether a scrappy gang of D&D players in 1983 would have access to such devices, or if it’s an anachronism that allowed the Duffer Brothers hack smartphone-style connectivity into scenes set in another era. The consensus seems to be that outside of the high price point, yesteryear’s AV nerds could have kept in touch the way they do in the show—as long as they stayed within range.

Today: Throughout the early 2000s, it wasn’t uncommon to see (or hear) Nextel phones with walkie talkie-esque, push-to-talk functionality. Walkie-talkies also still provide an easy way for multiple users to carry on a remote conversation without the need to set up a conference call, so they’re still used by police and construction workers. People who just like the functionality can even find apps to give their smartphones walkie-talkie features.

Tomorrow: Stranger Things is giving walkie-talkies a signal boost as fans of the show get interested in understanding, collecting and fixing up the devices. Beyond the collector/hobbyist niche, there’s no telling what use cases for two-way radio communication might arise in business and at home, if and when 5G and other innovations again reshape how we communicate and compute.

In the Show: When we’re introduced to quiet outsider Jonathan Byers he’s rarely seen without his camera. His search for information on the whereabouts of his lost brother meanders into creeping on the popular kids’ party, for which he’s later busted by Nancy’s boyfriend Steve. Steve smashes Jonathan’s camera and tears up the candid photos, but Nancy recovers and reconstructs them, finding clues about the poolside disappearance of Barb. Here, the classic technology makes the story possible—had Steve smashed an offending iPhone, there would be no leftover pictures to piece together.

Today: Camera technology has changed so fundamentally since the 1980s (and even in the past 15 years), it’s mindboggling. People under a certain age may never have experienced waiting for a Polaroid to crystallize into focus—much less dropping off a roll of film and picking up the pictures later (or developing in a dark room). But this may be changing. Beyond Instagrammers using apps to get the look and feel of real film in the digital sphere, preservationists like The Impossible Project have moved into making new iterations of the classic Polaroid hardware. A new generation of photo aficionados appears to be discovering and learning to appreciate the benefits of a slower and more personal process as well as a physical product.

Tomorrow: While one camera trend looks backwards, there are forward-looking camera innovations that could literally change how we see the world. Researchers have demonstrated AI-enabled digital cameras reconstructing reflected light to treat solid walls like mirrors. Another next-gen camera system can see clearly through fog. Will the still photography of the future really let us snap photos around corners, even when visibility is low? Such questions lead us to our next item.

In the Show:  In season 2, James and Nancy aren’t content to let Barb’s disappearance drop. They sucker the staff of Hawkins National Laboratory into kidnapping them, then use a Sony Walkman to secretly tape scientist Dr. Owens dropping a casual confession.

Today: Surveillance only continues to grow as a topic of public conversation and concern, in a world where much of what we say and do is committed to text and, increasingly, recorded on video or audio. The quaint spying done by a couple of kids is nothing compared to what we’re looking at in 2019.

Tomorrow: In the future, will we be monitored by the cooler in the grocery store for advertising purposes? Will we willingly open our homes to voice data collection in the form of virtual assistants? What rules and laws will govern how data is stored and what’s done with it? It’s not clear, but what’s certain is that the balance between personal freedom and public safety, between data security and convenience, will be highly pertinent issues to private end users, businesses, the vendors they work with and the cybersecurity professionals they employ.

In the Show: With the exception of a novelty innovation here and there, Christmas lights haven’t changed much. The way that Will Byers’ mom uses them to gauge the movement of monsters in an alternate dimension underpinning her own, however, is as contemporary as it gets.

Today: It’s our smartphones, not our Christmas lights, that let us tap into another layer of reality—and as the summer of 2016 revealed to many, that layer is filled with Pokemon. While there’s no (known) risk of being sucked into the artificial world of augmented reality (AR) like the kidnapped Will Byers, this technology lets us experience—well, create and then experience—synthetic worlds that map onto the real-world space around us.

Tomorrow: There hasn’t been a mass AR moment since Pokemon, but many in the tech world anticipate a killer app/wearable hardware combo that will make AR overlays a part of everyday life. Will it accidentally call up one of those house-sized shadow monsters looming over Hawkins High at the end of season 2? Probably not. But beyond more advanced and immersive kinds of gaming, there is a world of enterprise AR applications that could be coming to your office soon.

Stay Tuned for What’s Next in Emerging Technologies

Five Myths About Drones in Business