A Vision of Hope: Victor Johnston 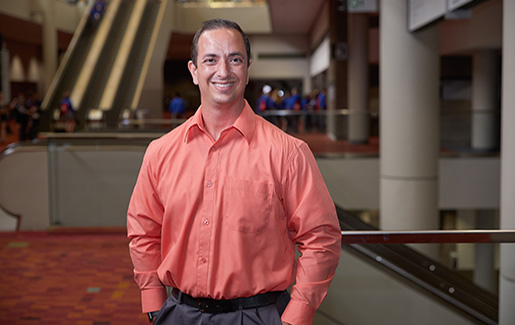 Read about how CompTIA’s 2018 Member of the Year, Inspired Business Innovations President Victor Johnston, pays IT forward. Then, nominate yourself or a deserving peer for the prestigious 2019 Member of the Year award, and like Victor, you could be featured in the next edition of CompTIA World Magazine! The application deadline is May 15. Apply today!

Victor Johnston has one key question for anyone he meets: What does hope mean to you?

“People really do not understand how valuable hope is,” Johnston said.

He knows this first-hand. Growing up in South Carolina, Georgia and Florida, Johnston got a rough start in life that might have stopped him in his tracks. “Most of the people who were in the types of situations I was in didn’t find a way out of it,” he said. “They were permanently trapped in that environment.”

But Victor persevered – and came to thrive. Today, as president of his own company, Inspired Business Innovations, he’s put those days behind him. Speaking via phone while on his lunch break in Fayetteville, North Carolina, he interrupts reflecting on his past to place an order at regional fast-food chain Zaxby’s, which he calls “one of the most delicious places in the world.” But turning his life around wasn’t easy. In 2007, at age 22, he joined the U.S. Army, starting basic training at Fort Benning, Georgia, and serving for four years rising from the rank of private second-class to specialist before getting severely injured while on active duty service. “I was blown up,” he said, sharing that he now has four metal plates in his head. “They medically retired me from the Army.”

Johnston’s next stop was the Wounded Warrior Project’s Transition Training Academy, part of the Warrior Transitions Battalion in Fort Bragg, North Carolina. “The ideology behind [WTB] is it’s the recycling bin of the Army,” he said. “They’re taking the soldiers [who] are no longer usable in the Army’s eyes and seeing if they can recycle you or if they’ve got to throw you away.”

He made the cut, taking classes in computer maintenance and repair and acquiring CompTIA A+, Security+ and Network+, which is where his relationship with the association started. From there, he was hired by a government contractor, starting off as a part-time, tier-one support desk technician. Within three months he’d been promoted to a tier-three senior service desk specialist. He attributes this quick rise to the training he received through TTA. “My understanding of computer maintenance and repair, interconnecting systems, networks, software and security was so much higher than my peers at the time.”

A Voice is Heard

He said starting his own company was stressful and expensive, as he had to seek legal representation to do it. “I didn’t know how to start a company,” he said. “I didn’t know anyone who had started their own company and I didn’t have any mentors or anyone I could turn to, so the process for me was really difficult.”

JIT started acquiring clients though Johnston targeting small businesses that he noted had no social media presence, WiFi or security and helping them get up to speed. But it wasn’t until Johnston attended CompTIA Breakaway (now ChannelCon) in Las Vegas in 2012 that his business took off. There he learned about a company offering a platform that could get him clients. “That allowed me to have job after job after job forwarded my way,” he said. “I got a chance to work with a lot of companies that I otherwise would not have been able to work with.” This included AT&T, HP and Dell.

Attending CompTIA events year after year led Johnston to find new direction. “I was going to a lot of these ChannelCons and I thought, ‘Wow we have a lot of really talented marketers, technicians and engineers, but we don’t have a lot of really talented leaders.’” To remedy this, he got involved with CompTIA’s Future Leaders Community, becoming its chair, while also starting to determine a new path for himself.

In 2015, JIT’s development was stifled by his government employer telling him his business-to-business services were a conflict of interest, leading him to transition to strictly business-to-consumer work and eventually shuttering JIT. At the same time, he came to realize what he really wanted to do was help businesses transform themselves, looking at challenges in companies like diversity, conflict management and multi-generational workforces.

He didn’t want to simply rebrand JIT to get there. “I didn’t want to end up being regarded as IHOP is right now, where everyone’s laughing at them for becoming the International House of Burgers. I didn’t want to be Wendy’s Twitter account clap-back fodder,” he said. “I realized that no one calls the IT person to fix their corporate culture.”

So, this spring, he started a whole new company he named Inspired Business Innovations – a training and consulting firm specializing in coaching, mentoring, developing, diversifying and improving team cohesion – with a mind toward helping others see the potential in themselves and making a change even if the conditions for doing so aren’t ideal. “A lot of business owners, entrepreneurs and people don’t do things because they don’t feel that they have the perfect environment.” He’s been speaking at local non-profits and making charitable donations to underscore his message.

IBI is just starting to actively seek clients. “A small business’ challenge when it first gets started is finding work,” Johnston said. “And what I’ve done instead is engage in strategic partnerships that allow my partners to bring work to me, rather than me wasting my time going to find work.”

He chose to start small out of a desire to do right by every customer he works with, emphasizing the sensitivity of his work in business transformation. “Any time you’re talking about culture and leadership, those things are very sensitive,” he said. “Right now everything I have is stuff that I reluctantly take, because the ultimate goal is to work through the logistics and get everything squared into place. That way I can adequately support and do right by every customer. I have a responsibility, ethically, morally, to make sure that I’m 100 percent prepared.”

A Source of Answers

True to form, in 2015, Johnston turned around and started using all this to help others; teaching information technology, business and management at Miller-Motte College in Lynchburg, Virginia. He chose Miller-Motte specifically because it “took the underserved college students who couldn’t get into any other institutions.”

This was not without its challenges. Johnston soon learned some of his students were illiterate, something that was difficult to address when dealing with a full classroom. “The biggest thing that I gained from teaching was patience,” he said. “Trying to help people be their own source of answers was a challenging concept and I struggled with it a lot. It really enriched my heart.”

Some of his fellow instructors were not so kind, and Johnston took time to convince them to consider where these students were coming from. He told other teachers: “A lot of [students] don’t have a support structure. This is designed to be their support structure. So when you shut them down, you’re sending them right back to a minimum wage job [or] unemployment.”

A Wish to Be Cool

Today, CompTIA is advancing the business of technology, reaching out to any and all businesses building, selling or influencing the adoption of tech to collaborate, partner and share best practices to prosper in this expanding ecosystem, something Johnston is 100 percent for. “Technology is in everything we do now,” he said. “It’s no longer just an industry. The implementation of technology is just as embedded into anything we see on a daily basis as oxygen is.”

Victor is actively engaged with CompTIA across the entire association, volunteering well over two thousand hours of his time in past six years through his work with the Advancing Women in Technology, Advancing Diversity in Technology, Future Leaders and IT Security Communities, as well as his local AITP chapter.

Asked his reaction to being named CompTIA’s 2018 Member of the Year, Johnston jokes, “I wish I could be cool about it.” His initial reaction was disbelief. When it sunk in it was surreal. And the reason for this is his deep appreciation for the association.

“CompTIA is unlike most other businesses I’ve met in my life,” he said. “The culture of the CompTIA employees, the amount of care and concern that you guys show, is amazing. The investment in the future is amazing,” he said, noting that such efforts are international in scope. “I feel so proud to [be] identified as the embodiment of those values.”

As with anything in his life, Johnston sees this honor as a chance to make a difference, which comes right back to his message of hope. He stresses that people who grow up in abject poverty may lack it entirely. “[For] people who’ve grown up in these environments, there is no hope,” he said. “There is no hope of graduating and doing something great with your life, and a lot of times you don’t even know if you’re going to be alive tomorrow.”

The CompTIA Member of the Year award recognizes a single member who, in the prior 12 months, demonstrated outstanding service and impact through his/her commitment, passion, professionalism and leadership in assisting CompTIA as it advances the technology industry. It is the most prestigious acknowledgement that the CompTIA membership can bestow one of its own. Nominate yourself or a deserving peer for this award today. The application deadline is May 15. Apply now! 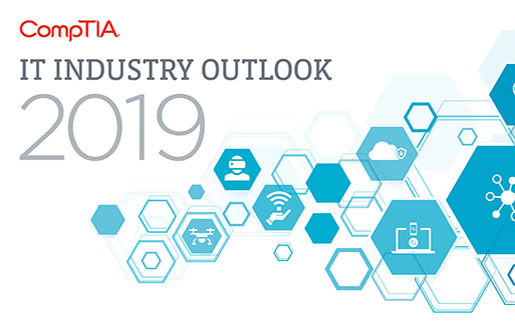 The Future Looks Bright for Forward-Thinking IT Services Professionals

Why IT Needs to Keep an Eye on IoT 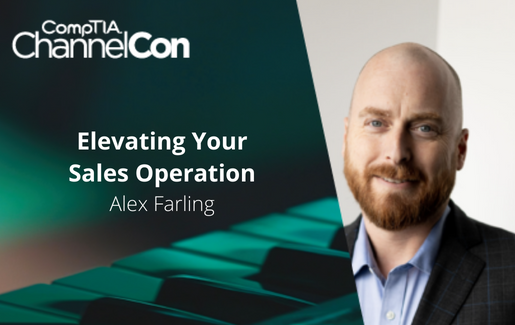 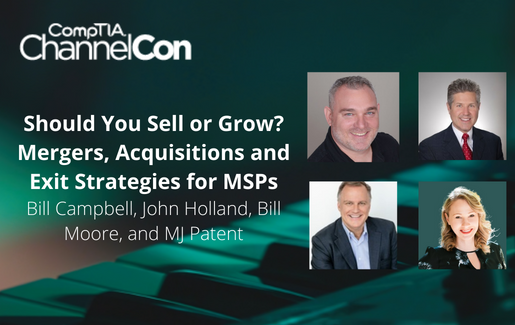 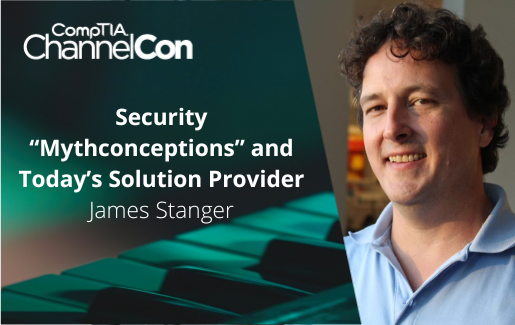 It's Time to Bust Some Cybersecurity Myths and ‘Mythconceptions’ 8.4.22