Tech on the Move 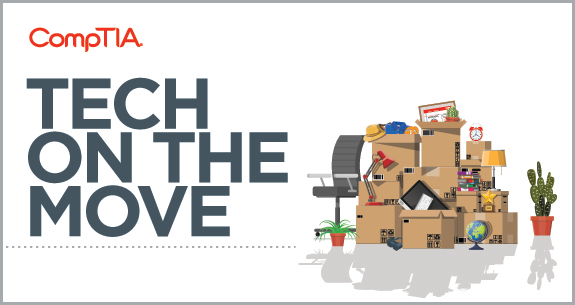 Tech workers are willing and ready to move for the right job, especially if it’s to an area with low cost of living, desirable climate and shorter commute times.

Based on an interactive survey of 916 IT professionals conducted in April 2019, CompTIA found that 78% of tech workers have moved, considered, or would consider leaving their current city for a new job, citing affordability (60%) and local economy (56%) as the top two reasons for choosing a new town.

When tech workers were asked the top four most influential economic factors they consider when choosing a place to live, 82% say overall cost of living while 58% chose housing costs. Nearly two-thirds of tech pros say that climate and traffic/commute times were the top environmental and lifestyle factors they evaluate.