The Evolving Internet of Things Ecosystem

As with most recent trends in technology, the Internet of Things is composed of many different pieces working in concert to create a new model. 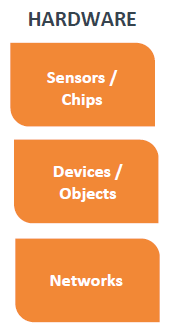 Hardware, including the ‘things’ in IoT, is the ﬁrst piece of the puzzle. Advances in miniaturization;on and the low cost of high performance silicon (as dictated by Moore’s law) have led to both sensors and compute components that can aﬀordably be placed in practically any type of device. Inexpensive sensors can measure everything from geolocation to temperature to blood pressure and translate this information into a digital format. Computing can be done onboard in many cases, or the data can be transmitted to a central compute location.

The software component begins with new platforms, such as the new opera;ng systems that have dominated the mobile device landscape. Aside from the operating systems, there is a firmware of sorts needed for IoT to be successful. This firmware itself is made of multiple components. As the cloud is a primary tool in facilitating IoT, the software by cloud providers to construct their offering plays an important role in the overall solution. This software is made available to other parties through APIs, which will be dependent on both the cloud software and the access a cloud provider is willing to grant. 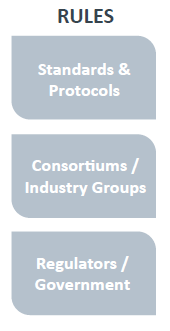 Many industry observers view standards as the largest hurdle to mass adoption. The IoT standards discussion will most closely resemble the development of the TCP/IP model that enabled the traditional Internet to become ubiquitous. A standards model for IoT will need to address several areas. IoT layers will include connectivity (where cellular networks and Wi-­‐Fi networks must be combined in optimal ways), data transport (where TCP packets may need to be modified to account for network constraints), and devices (where power consumption concerns will drive practices).

Services are typically not considered to be part of an ecosystem; instead, they are built at a higher layer to combine foundational pieces into a cohesive oﬀering or to simplify the solution for an end-­‐user. This is partly the case with IoT, but there is also an argument that services are more tightly ingrained into the basic ecosystem. The complexity of IoT will drive a critical need for services. Standards and protocols will help create some conformity, but the reality is that there will still be multiple systems interacting. Services, then, are an important ingredient in realizing the full benefits of IoT.

Opportunities Across the Ecosystem

CompTIA’s study included insights into several IoT channel services and opportunities. Other services such as white-­‐ labeling, referrals, or help desk could also be placed in the context of the ecosystem. 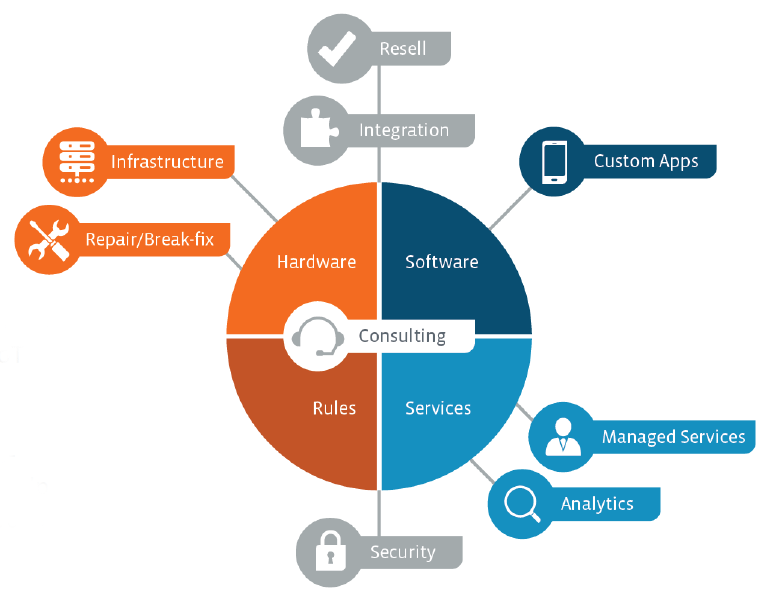 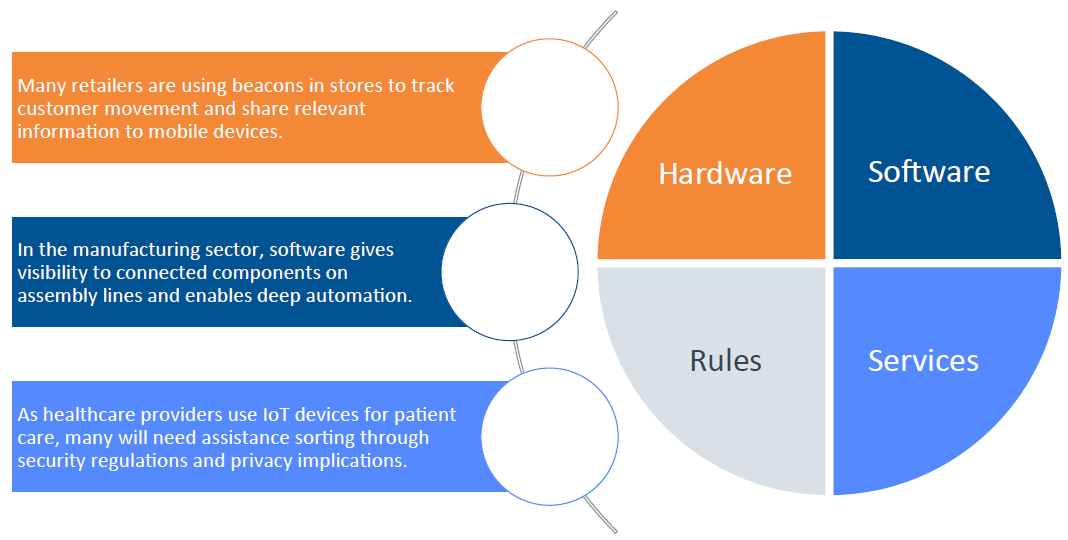