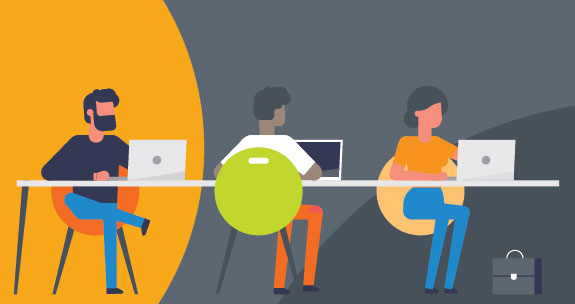 The tech industry is known for its high salaries—but how far do IT salaries go when stacked up against up to the cost of living in pricey cities that are known tech hubs? And what happens when you factor in IT job opportunity and job growth?

Based on job posting data over 12 months, CompTIA looked at 20 metropolitan areas with populations greater than 250,000, where demand for tech workers is greatest and ranked them based on cost of living, number of open IT positions, and projected job growth over the next 12 months and the next 5 years.

The result? A geographically diverse list that shows Tech Towns across the nation are offering strong IT salaries and a variety of IT jobs in areas that extend far beyond the traditional coastal tech hubs.

North Carolina was a major stand-out, with Charlotte earning the no. 1 spot and Raleigh at no. 2. Southern hotbeds like Austin, Dallas, Atlanta and Huntsville, Alabama also made the top 10.

The Midwest and Rocky Mountains also have a strong presence on the list, with tech up-and-comers like Lansing, Des Moines, Denver and Colorado Springs all making the top 15.

Despite cost of living factors, tech-heavy hitters like San Jose and San Francisco make the cut as the number of IT jobs in these areas continues to skyrocket faster than the housing costs. And college towns Boulder, Madison and Durham-Chapel Hill all find spots on the list having demonstrated that they’ve blossomed into full-on innovation hubs.

The bottom line: The Tech Town Index can help in-demand IT professionals make educated decisions about where to live and work. The index also highlights the need for an educated, tech-ready workforce and the factors that are contributing to each metro areas’ success (or in some cases, failure) to attract and retain that workforce.